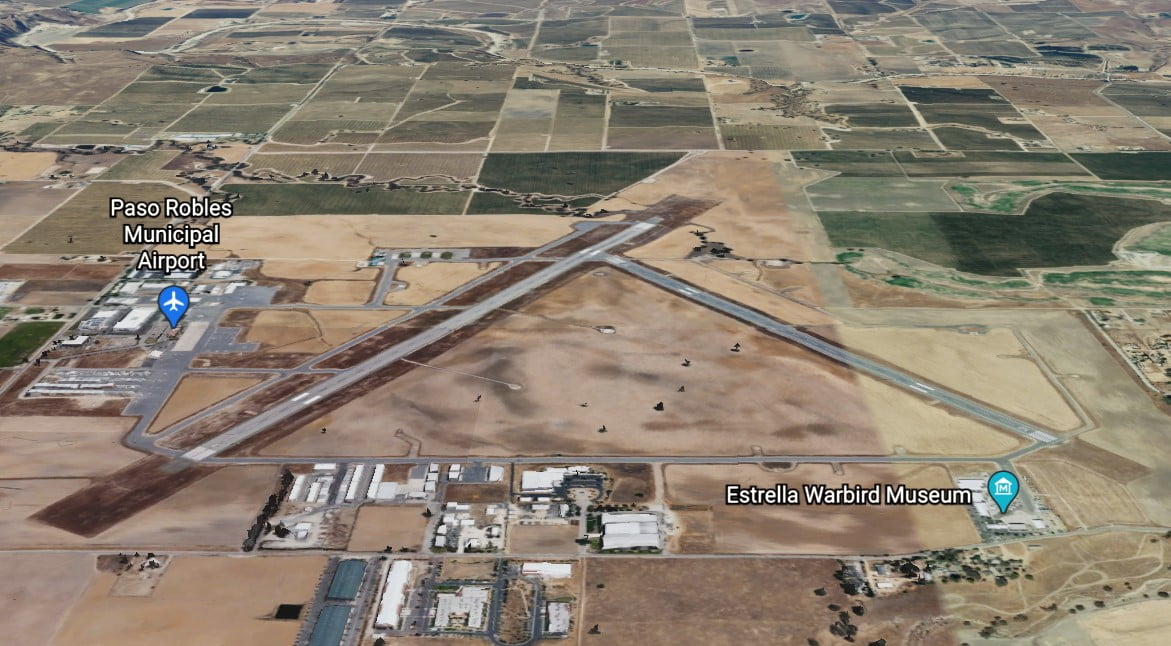 Located just north of LA Center’s Airspace is Paso Robles Municipal Airport, a busy non towered airport and convenient fuel station with the Paso Robles VOR on site. If you fly to the LA Basin, you will want to become familiar with it.

The Paso Robles Municipal Airport is a 1300-acre site approximately four miles northeast of downtown Paso Robles. Originally constructed in 1943 as the Estrella Army Air Field, the airport plays its own part in the history of aviation in the local area. It saw little military activity during the War, but its advent paved the way for the future of aviation in this area. Sherwood Field, located a few miles to the south, probably plays a more colorful role in the beginnings of aviation in the north county. The Estrella Field was transferred to the City of Paso Robles in 1973 and industrial and general aviation development has seen continued growth since that time.

Also Located next to the Paso Robles Airport at the end of RWY 31, is the  Estrella Warbirds Museum which has long been one of the fastest growing non-profit museums in Central California. It is home to a vast collection of military artifacts, aircraft, vehicles and memorabilia. They are proud to be home of the incredible Woodland Automobile Display.