Airport of the Month: Kern Valley 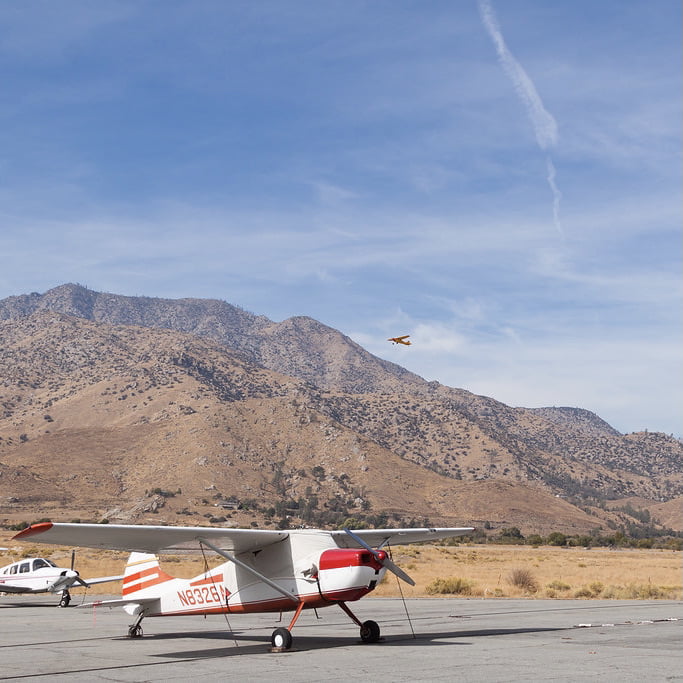 This month, venture into the foothills of the Sierra Nevadas to Kern Valley Airport (L05), which resides near Lake Isabella, 2600 feet above the city of Bakersfield. Kern Valley is surrounded by mountain peaks on all sides, so make sure you examine the surrounding terrain before departure and plan a safe descent from cruising altitude to the pattern. Flying in the spring allows us to view Lake Isabella at its fullest capacity, and the mountain peaks may still be covered in snow. Combined with the green grass from winter storms, this airport is a spectacular place for a cross-country flight.

The field also has a restaurant on-site next to the tie-down area, but there’s no fuel. Pilots who need fuel should plan accordingly and refuel at one of the many airports in the Central Valley either en route to or coming back from Kern Valley. While not an easy airport to fly into, Kern Valley promises to be an airport that will leave you breathless as you descend through the foothills with the peaks of the Sierra Nevadas as your backdrop.