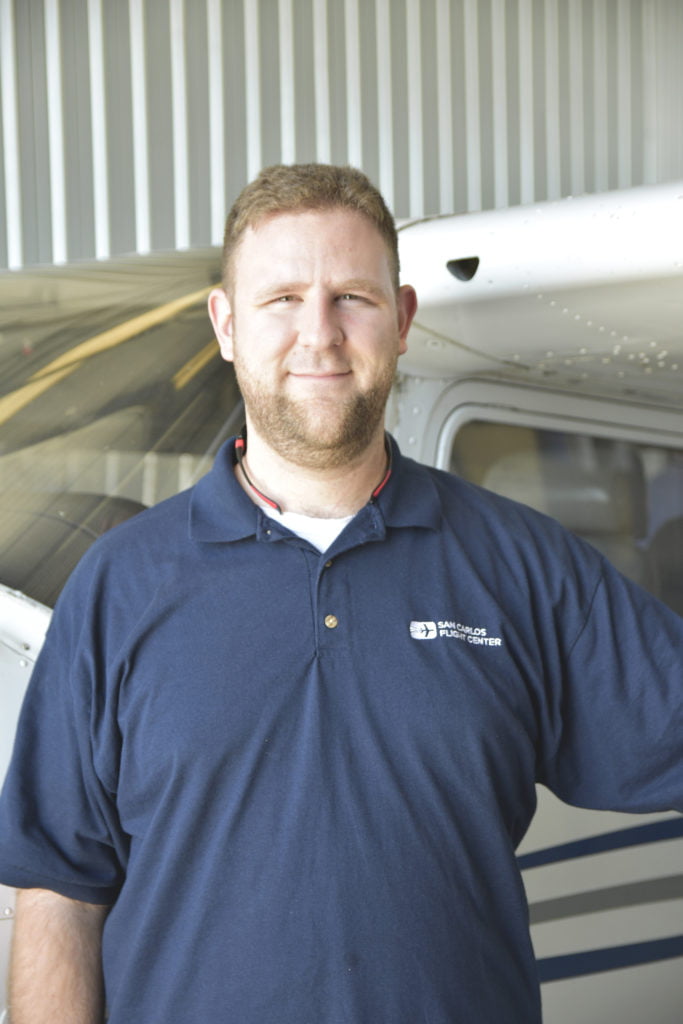 Born and raised in the Bay Area, Michael has been flying with the San Carlos Flight Center almost since its beginning. He earned his degree in Aviation Operations from San Jose State University, and his career has been entirely in the field of aviation. Michael has worked for NASA’s Aviation Safety Reporting System, SQL and HAF Airport Operations, and for the Flight Center in various capacities before becoming a CFI. Unusually for most pilots, Michael began his flight training in helicopters and only moved on to planes after getting his initial ratings. Having been a tutor for much of his academic career, Michael decided to combine his love of teaching with his love of aviation and now enjoys educating new pilots as an instructor.

When he’s not flying, he enjoys travelling, hiking, and spending time outdoors.