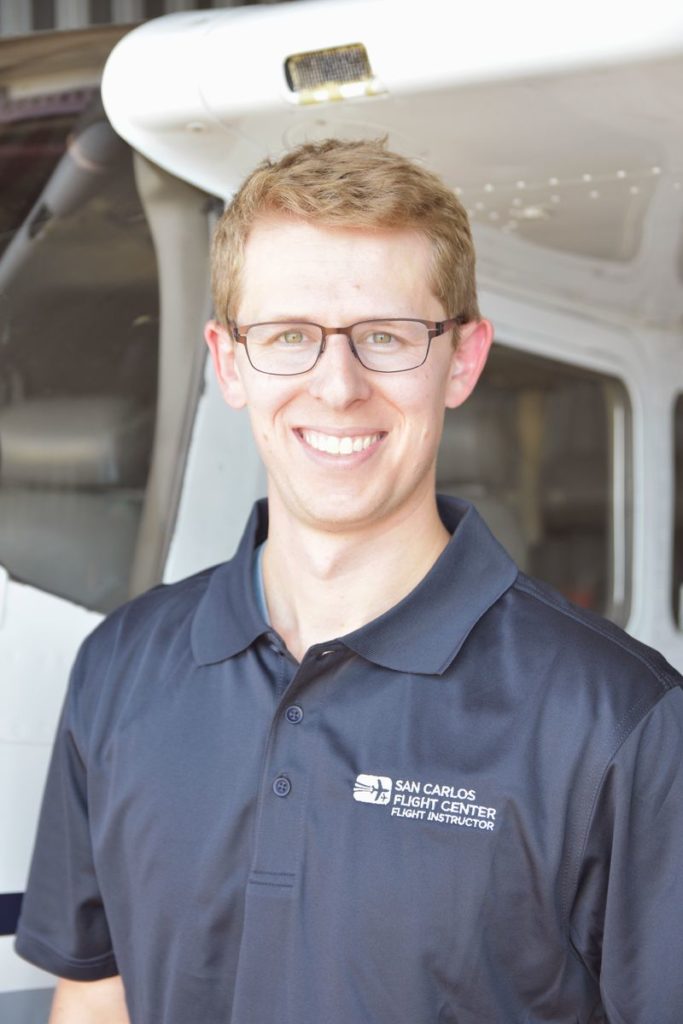 Originally from the flatlands of Ohio, David spent most of his career in Washington DC, working in government and later as Director for Intelligence at the White House. He earned all of his ratings in California, including his Private, Instrument, and Commercial at San Carlos Flight Center. When he isn’t teaching, he’s often flying his TR182 up to the mountains, ferrying dogs with Pilots and Paws, or flying Angel Flights. David is especially passionate about helping students discover new and exciting destinations and expanding their abilities through high performance, complex, and mountain flying. In his free time he leads the Threat Disruption team at Facebook.