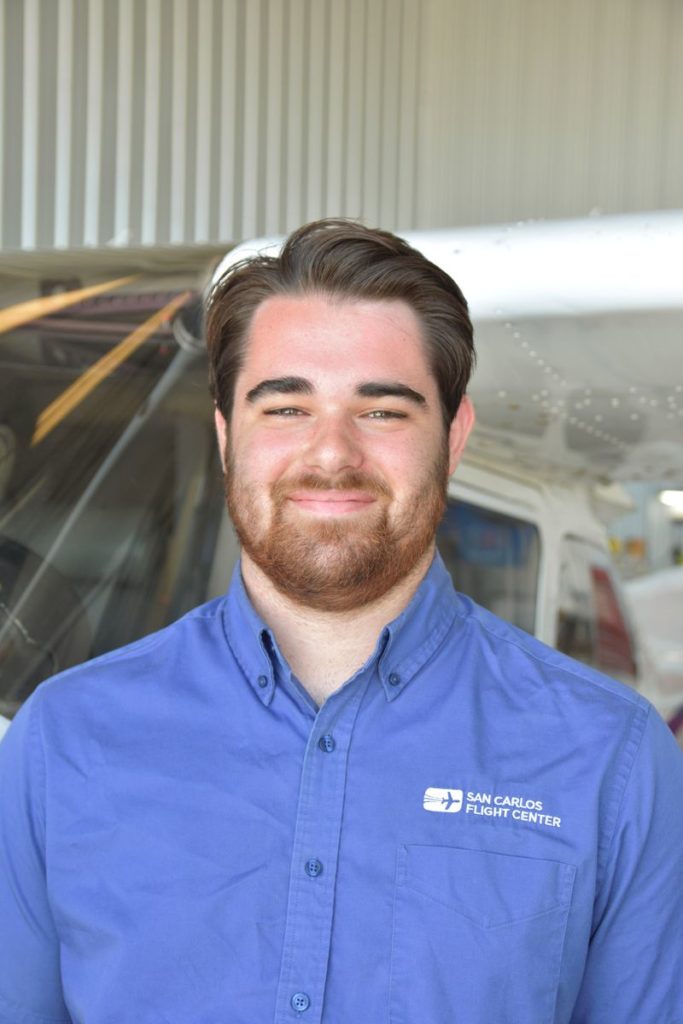 Alessandro was born into a family of aviation enthusiasts, with both his uncle and father being commercially rated pilots. From a young age, he was surrounded by the world of flying and knew that it was something he wanted to pursue. At the age of 17, he began taking lessons for his Private Pilot certificate and was immediately hooked.

During his training, Alessandro realized that his passion was not just limited to an airline career, but also extended to general aviation. He found joy in watching other students achieve their goals and reach their dreams of flying.

In 2017, Alessandro joined the San Carlos Flight Center (SCFC) team as the Director of Operations. In this role, he gained valuable experience in the inner workings of flight schools and the logistics of running a successful business. Now, as the owner of SCFC, Alessandro is excited to dedicate his life to helping people achieve their aviation goals, whether it be traveling to new places, or simply experiencing the joy of a Bay Tour over San Francisco.

When he’s not working, Alessandro enjoys spending time with his family, traveling, and playing soccer. He truly believes in the power of aviation to bring people together and create unforgettable experiences.