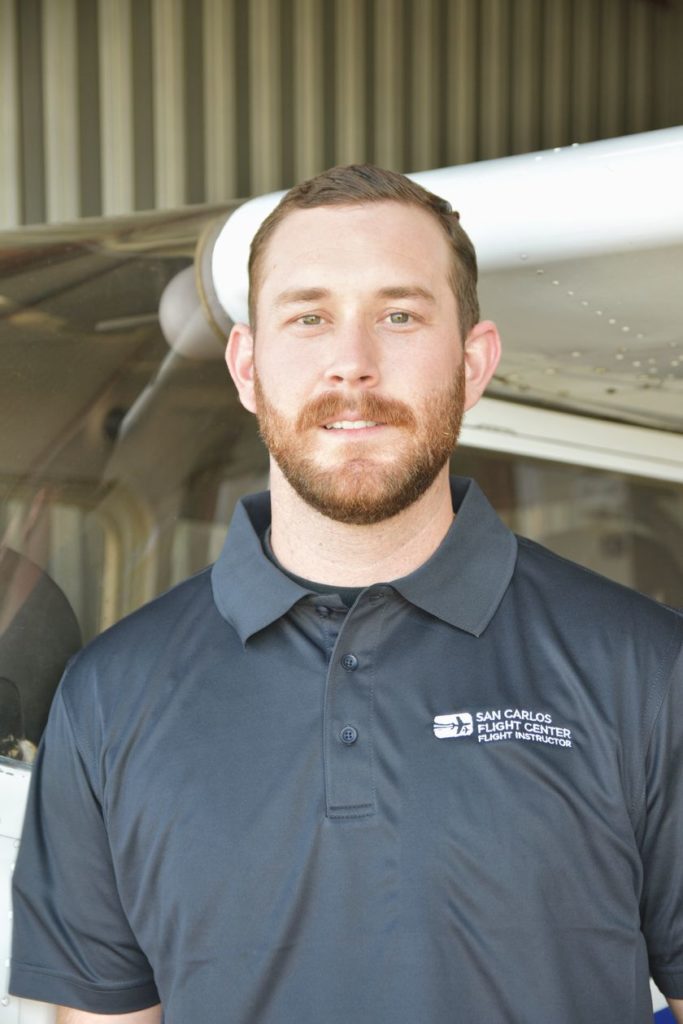 Ryan was born and raised in San Diego, California.  He attended and received a degree in Applied Health Science from Point Loma Nazarene University. He recalls his earliest aviation memory as spending the weekend at the Miramar Air Show with his dad and brothers, but specifically remembers being scared senseless by the Blue Angels’ low-altitude sneak pass. When he was finally able to regroup himself, Ryan was hooked.

Soon after graduating college, Ryan pursued his dream and quickly obtained his pilot and instructor certificates. After navigating the San Diego and Los Angeles airspace for three years, he decided it was time to challenge himself. Ryan packed his bags and set off for his new home at the San Carlos Flight Center. Here, he aims to grow as a pilot, instructor, and mentor for his students. New to the Bay Area, Ryan is looking forward to exploring a new city from the air and becoming part of the San Carlos family.